Tania Cagnotto & Stefano Parolin fell in love right in the splendid setting of the island of Elba, where they decided to crown their dream of love on September 24, 2016. It's a sunny day, there isn't a breath of wind . It is a day of celebration. Tania and Stefano for their wedding have chosen Elba, a convict island that sparked the spark between them during a sailing holiday with mutual friends. They love the sea. They love simplicity. When for the first time they saw the Church of the Madonna dell'Uva of the Hotel Hermitage, on the island of Elba, it was love at first sight. They had no doubts. Here they would declare their eternal love. At the end of the ceremony the party begins. Toast !!! On the lawn, adjacent to the church, a rich aperitif is served by an impeccable staff. Romantic gazebos with soaring white muslin curtains and enveloping armchairs invite you to relax, a hammock sways fixed between 2 olive trunks, a corner at the foot of a tree recalls distant islands with carpets and trunks, on an unusual tableau de mariage, on the which was painted there, the Elbe and its sea, sail artisanal sailing boats, each of which bears the name of an island. Everything speaks of the sea, intoxicating the emotions of everyone present with its scent. The party continues until late at night following a rhythm that makes time fly. Lunch is held at the Fuoco di Bosco restaurant, not far from the lawn. Here, too, the set-up is studied in detail. A gazebo by the pool symbolizes a sailboat. The lunch is animated by a fun and unanimous flash mob involving everyone, as well as cutting the cake on the lawn with the launch of balloons. A fiery sun is about to greet the day. The party isn't over yet. On the golden beach of Biodola a double expanse of candles accompanies the guests to the Maitù Restaurant, from which they admire a wonderful sunset on the island of Capraia and go wild until dawn. 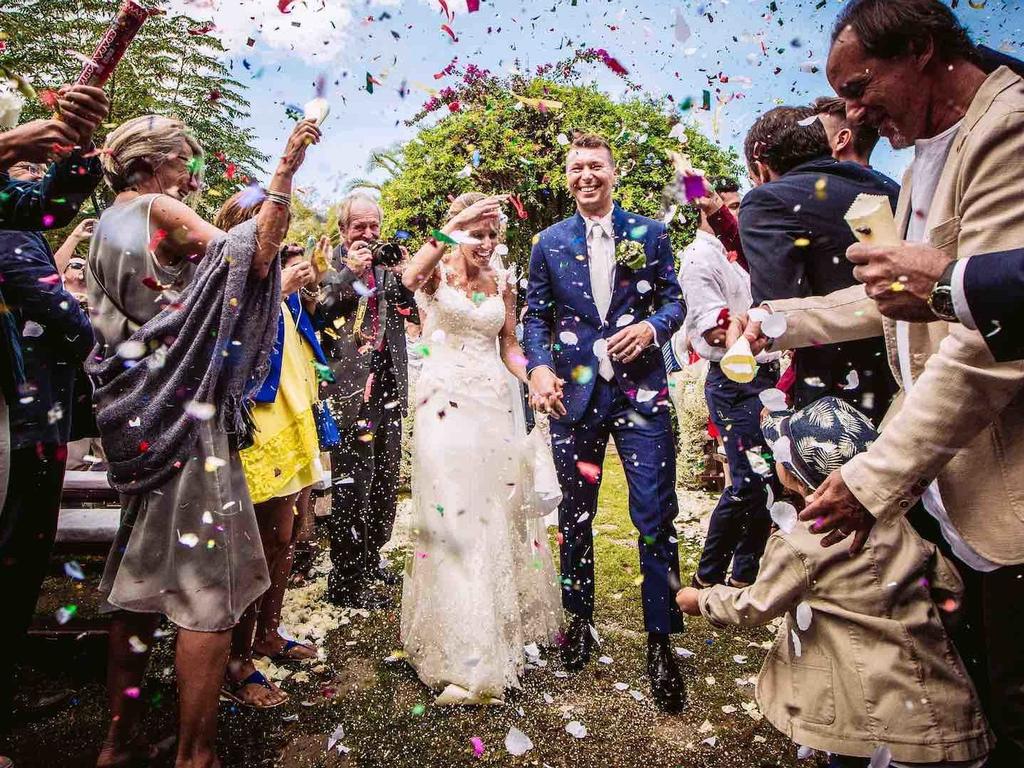 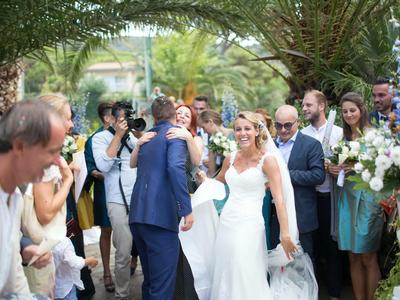 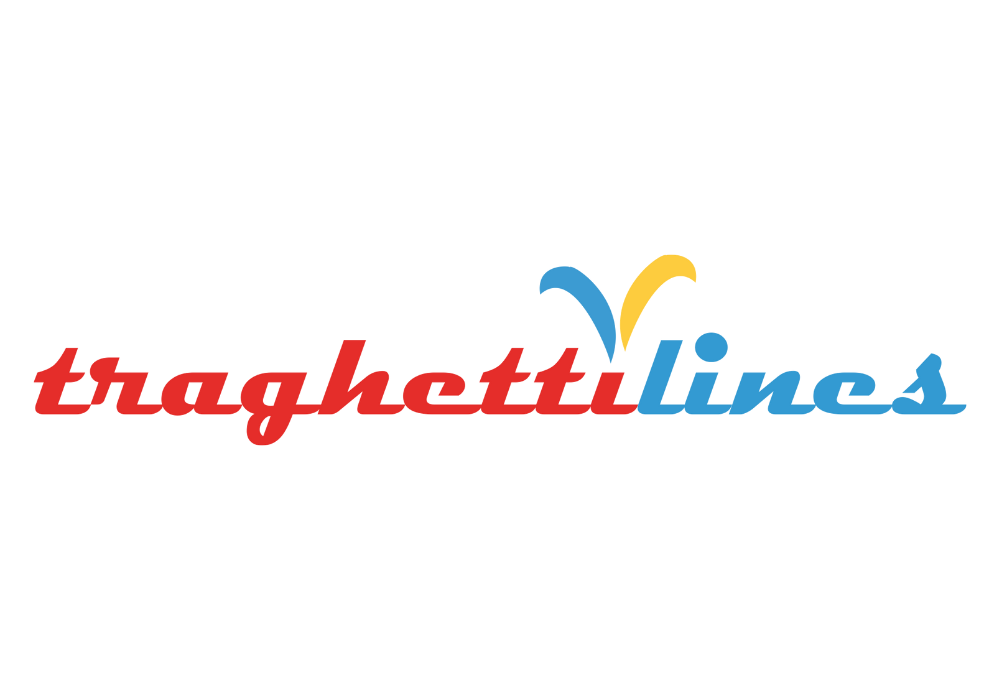